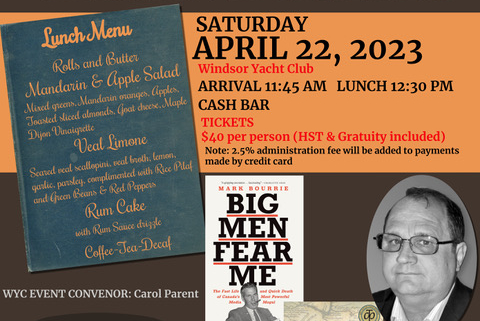 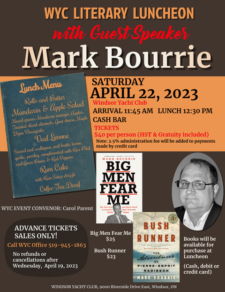 Join author Mark Bourrie at the Windsor Yacht Club! Mark will be attending a lunch at the club, where he will be reading and signing copies of his books, Big Men Fear Me and Bush Runner. The event will take place on Saturday, April 22 at 12PM ET.

Get your copy of Big Men Fear Me here!

Get your copy of Bush Runner, here!

ABOUT BIG MEN FEAR ME

Mark Bourrie is an Ottawa-based author, lawyer, and former journalist. He holds a master’s in Journalism from Carleton University and a PhD in History from the University of Ottawa. In 2017, he was awarded a Juris Doctor degree and was called to the Bar in 2018. He has won numerous awards for his journalism, including a National Magazine Award, and received the RBC Charles Taylor Prize in 2020 for his book Bush Runner: The Adventures of Pierre Radisson. 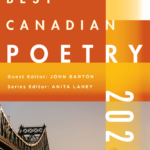 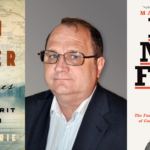