Happy New Year from all of us at Biblioasis! It’s been a whirlwind couple of months, beginning with Kathy Page’s Rogers Writer’s Trust Fiction Prize win for Dear Evelyn and continuing up to this very second as we prepare for the publication of our 2019 titles. We’re also doing some organizing around the Bibliomanse and steadfastly refusing to discard any books, whether they spark joy or not.

And speaking of organizing: we’re eagerly awaiting February 5 and the Canadian publication of our first 2019 title: Cecil Foster’s They Call Me George: The Untold Story of Black Train Porters and the Birth of Modern Canada. Foster’s history documents the struggles, both individual and collective, of Black Canadians against the racist policies of their employers and their country. It was their actions, Foster argues, that laid the groundwork for the multicultural nation we know today. Incorporating the author’s own interviews with former porters and outlining the rarely-discussed institutional racism of early Canadian immigration and employment policies, They Call Me George is an indispensable read for the 21st century.

We sat down at our keyboards last month to ask Cecil a few questions about his new book.

A Biblioasis Interview with Cecil Foster, author of They Call Me George

For those who are coming to your work for the first time, can you tell us a little about yourself and your writing?

Born in Barbados, I came to Canada in 1979, eventually became a leading business reporter especially on transportation, where I became fascinated by the narrative of how Canada was built by the railways, how confederation was a promise to link Canada sea-to-sea by railway, how Canada was held together by a thin ribbon of steel. But who manned those railways? Little was ever written about them, except maybe by Stephen Leacock about the smiling darkies, as he called them. As a Black man it was with pride that I dug deeper to discover the role of Black men—including West Indians—in the making of Canada, as well as the great odds they had to overcome to make Canada the much admired multicultural country it is today.

What drove you to write a book about the porters?

I was always trying to work the porters into my writing on the Black experience in Canada, in both fiction and non-fiction. Then came the opportunity to write a book on the untold stories of Canada as part as the federal government’s initiative to mark Canada’s 150th anniversary and I jumped at the chance when Biblioasis came calling.

You did an incredible amount of research for this book. Is there any one particular porter or story that has stuck with you?

At the back of my mind, and always present in my research, was my friend Billy Downey of Halifax. He was a genuinely pioneering Canadian, who worked on the railway and eventually ended up as a supervisor. When I spent a year in Halifax, every Saturday I would have lunch with Billy and two other friends, and I would hear all those wonderful stories of being Black and working on the ‘roads. I dedicate the book to Billy’s memory. Other than that, undoubtedly the other standout was Stanley Grizzle. Not only was he a leading activist but he had the good foresight to be a hoarder—whereby he kept everything, every piece of paper or clippings, which are now the rich treasure trove I found in the Canadian Archives.

Why is it that we haven’t heard much previously about the porters’ activism and what they did for this country?

We haven’t heard much because this story undermines the popular impressions of a) Canada and Black people, and b) how Canada became multicultural.

Many Canadians conveniently want to forget that Canada was a White Man’s country and helped pioneered worldwide apartheid and integration. Or they recall the stories of the Underground Railroad and African slaves escaping from the U.S. to freedom in Canada—but they do not linger on how Canada tried to repel Black immigration and often forced Black people to leave. When they look at Canada today, they cannot believe that this country once limited immigration from India, Pakistan, Sri Lanka (then Ceylon) to 350 annually and often did not even meet this quota.

The story of how Canada became multicultural is often told as a fight between English and French Canadians for domination. This book argues differently: it states that multiculturalism resulted from pressures by people of colour to make Canada non-white, to dismantle Canada as a White Man’s country, and to make it a place in which all types of people can find social justice.

These are not positions that are popular in the Canadian mainstream, let alone taught as official Canadian history and as part of the development of ideas and policies in Canada.

Did anything particularly surprise you in your research?

I was surprised by how easily racist discourse was accepted as part of the national debate even into the 1960s, as can be found in Hansard, the official reports of Parliament, and in national newspapers and journals. And many of those who today talk about Canadian prime minister Laurier’s sunny ways and Laurier’s belief that the 20th century would belong to Canada might do a double-take when considering the racist and white supremacist context in which Laurier—and so many other prime ministers—were talking. On the other hand two prime ministers—John Diefenbaker and Pierre Elliott Trudeau—stand out as the makers of the new Canada, having refuted much that they inherited from prior Canadian leaders.

I have Esi Edugyan’s Washington Black on my bookstand and hope I can get to it before my summer break. 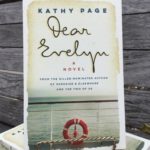