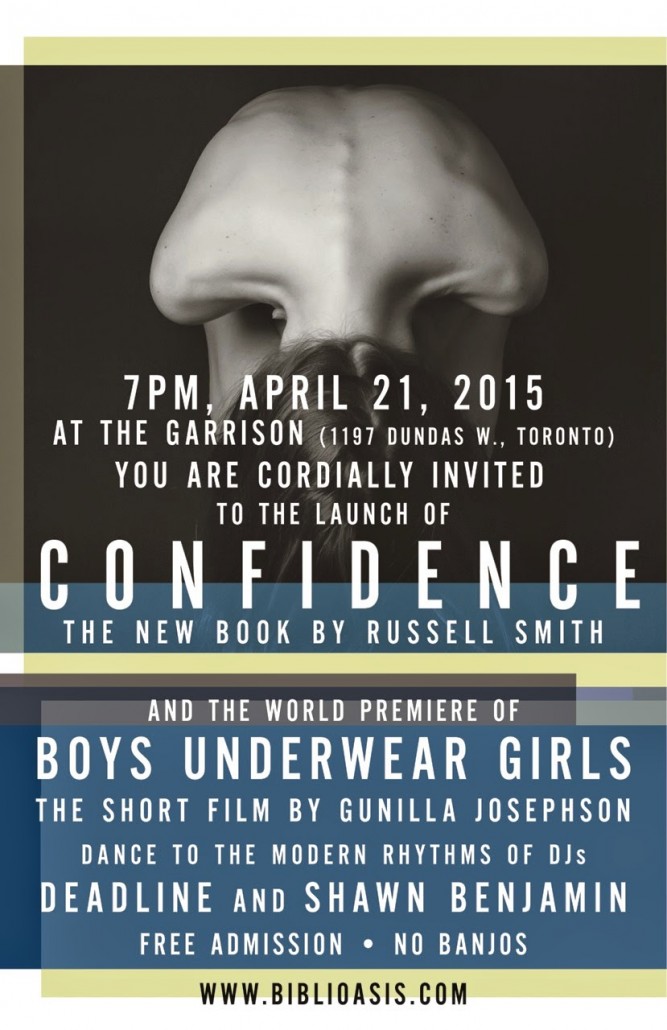 We were all excited to get the 80th Anniversary issue of Quill & Quire in the mail — and thrilled to see that it had reviews of three Biblioasis authors: Russell Smith, Zach Wells, and Robyn Sarah.

All of the reviews were exceptional, but Carla Gillis‘ full page guest review of Russell Smith’s Confidence (May 1st CAN | June 1st US) was especially smart and thoughtful. At the start of the piece, Gillis focused on the trademark cynicism and biting humor that Smith, the Governor General Award-nominated author of How Insensitive, and provocative arts columnist for The Globe and Mail is known for. “In the world of these stories,” she writes, “love is a game, secrets pile up, needs go unmet, compromises and negotiations are constantly being made.” In the last stories in the collection, however, Russell delves into deeper waters:

Just as the cynicism starts to rankle rather than amuse, something shifts. Relationships remain negotiations, but also appear more broken in and nuanced. Love based on something beyond the physical and convenient creeps in. Two stories at the end, featuring the collection’s oldest and most magnanimous characters, soften the book’s unflinching tone and deliver, finally, emotional resonance by hinting at the vulnerable humanity and the truest, simplest desires beyond the exhaustive chase of pleasure.

To launch the book, Russell and Biblioasis are hosting a party at The Garrison (1197 Dundas Street West) in Toronto on April 21, starting at 7:00 p.m. Also featured: the world premiere of “Boys Underwear Girls,” a short film by Gunilla Josephson, and dancing to the rhythms of DJs Deadline and Shawn Benjamin. Anyone who knows Russell will understand why this is destined to be the launch party of the spring. You can check out its Facebook event page here.

Also! If you live in Toronto and can’t wait to hear Russell read from his new collection (who wouldn’t?), he’ll be appearing at Toronto Public Library’s venerable “eh List Author Series,” at the Readymede Branch next Tuesday, March 24, at 7:00 p.m. Special, early copies of Confidence will be on sale. More info here.

Check back soon for posts about Zach Wells and Robyn Sarah! Both are coming shortly.

A Wordsmith and a Worldsmith: Traymore Rooms reviewed by Akashic
Scroll to top