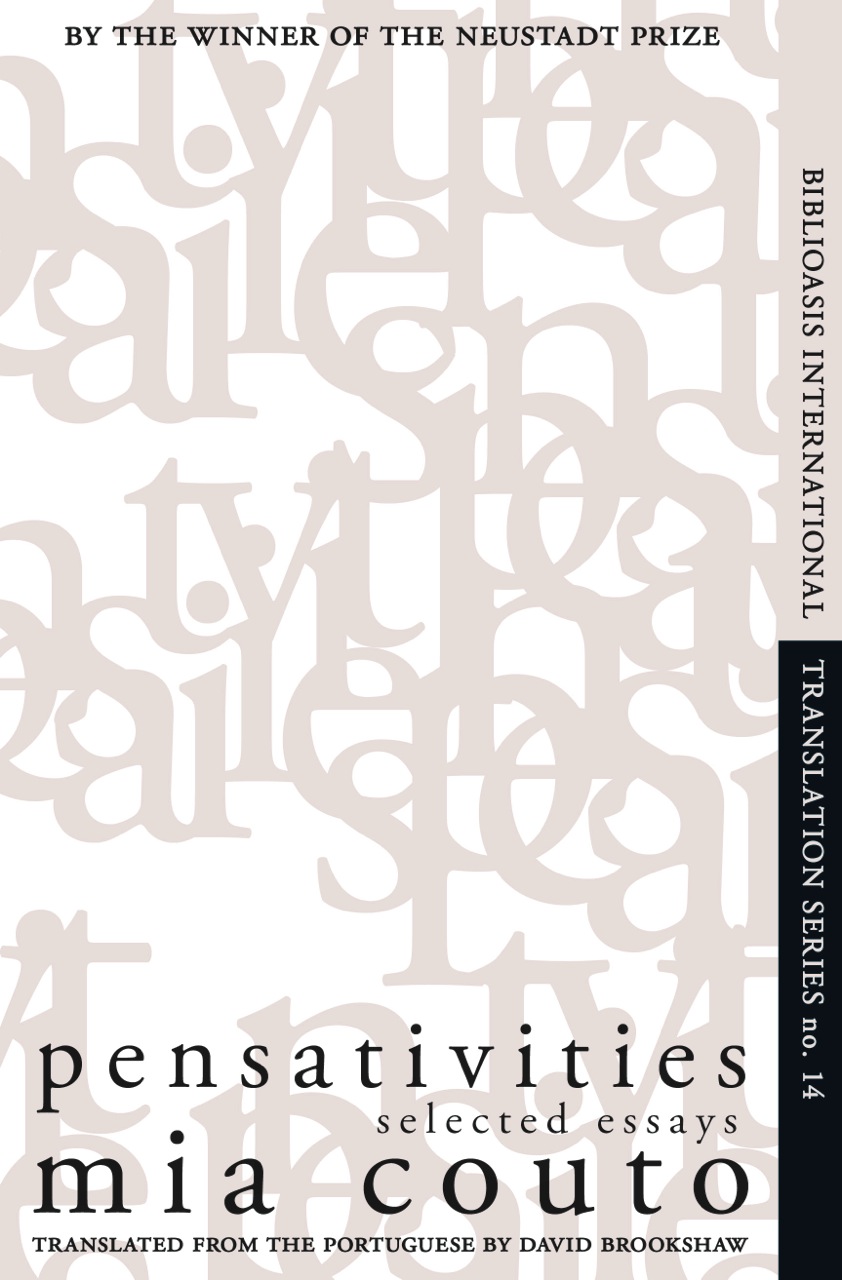 There has been a fair bit of coverage for Biblioasis translation series author Mia Couto this week. First, over at the wonderful online magazine Ozy, Tobias Carroll profiles the Mozambican novelist.

Couto is an inventive writer with a habit of rebelliously creating his own syntaxes, blending Portuguese with a “rural African, animist outlook” (as his publisher says) and conjuring up magical realist frameworks — often to explain the political upheaval his country has lived through. And of course Couto himself lived through those times: A journalist during the wartime era, he paused med school to agitate for independence — as a propagandist for the rebels and a journalist editing the party newspaper. It was 1985, in the heat of the 15-year civil war, when Couto’s first book of poems was published. As the revolution advanced, he recalls, it “became something else,” and he lost his belief, he recounts matter-of-factly.

Two reviews of Biblioasis’s latest Couto title, Pensativities: Selected Essays, have also hit this week. Over at Numero Cinq, Benjamin Woodward has, in part, this to say:

Expertly translated from the Portuguese by David Brookshaw, these writings span roughly a decade of Couto’s nonfiction work, and are plucked from three previously published books: Pensatempos: Textos de opinião, E se Obama fosse africano? e outras interinvenções, and Pensagerio frequente. If there is an overarching drive that threads the collection together, it’s Couto’s commitment to recognize history’s numerous flaws, and to use this history to embrace a diverse future, full of “hybridities” of both self and cultural environs.

Over at Words Without Borders, Kristine Rabberman concurs:

Couto’s life and his oeuvre speak to the power of a widened understanding of the world, one that revels in connections between modes of thought and states of being, one that illustrates the power of a life lived across boundaries. He’s a biologist and conservationist who publishes widely across genres, including journalism and lectures, children’s literature and short stories, award-winning novels and scientific reports. Since winning the 2014 Neustadt Prize and being named a finalist for the 2015 Man Booker International Prize, Couto’s international exposure has aided his goal to build bridges between communities through literature. For English-speaking readers new to Couto’s work, 2015 provides new opportunities to explore his vision of a multicultural world, most recently in Biblioasis’ recent publication of Pensativities: Essays and Provocations, translated from the Portuguese by David Brookshaw, Couto’s longtime translator.