I am from Halifax, salt-water city, a place of silted genius, sudden women, figures floating in all waters. “People from Halifax are all famous,” my sister Faith has said. “Because everyone in Halifax knows each other’s business.”

From basement rec rooms to midnight railway tracks, Action Transfers to Smarties boxes crammed with joints, from Paul McCartney on the kitchen radio to their furious teenaged cover of The Ramones, Aubrey McKee and his familiars navigate late adolescence amidst the old-monied decadence of Halifax. An arcana of oddball angels, Alex Pugsley’s long-awaited debut novel follows rich-kid drug dealers and junior tennis brats, émigré heart surgeons and small-time thugs, renegade private school girls and runaway children as they try to make sense of the city into which they’ve been born. Part coming-of-age-story, part social chronicle, and part study of the myths that define our growing up, Aubrey McKee introduces a breathtakingly original new voice.

“The mesmerizing, kaleidoscopic Halifax depicted in Aubrey McKee is as enchanted as it is benighted, an adolescent fever-dream. This is a rollicking, strange and unforgettable coming of age novel unlike anything you’ve ever read.”—Lynn Coady, Scotiabank Giller Prize-winning author of Hellgoing

“His prose style is among the finest anywhere: humorous, economical, deft without sacrificing accessibility, capable of laying bare the complicated depths, the tenderness, and the strangeness of personal relationships.”—Roo Borson, Griffin Poetry Prize-winning author of Short Journey Upriver Toward Oishida

“Alex Pugsley’s novel, Aubrey McKee, is a whip-smart portrait of the artist at the end of the twentieth century. Funny and wildly intelligent, it captures a somewhat tragic cohort of young, ambitious Haligonians trying to become themselves, all seen through the eyes of the narrator, a young man of incomplete wisdom. In quicksilver prose, Pugsley shows us a whole generation, some of whom are lost, some found, but all viewed with a profound, comic humanity.”—Michael Redhill, Scotiabank Giller Prize-winning author of Bellevue Square

“Delightful, funny and real: The authors have managed to uncover the twisted and often hilarious souls of their characters without a hint of pretense or sentimentality.”—Kirkus Reviews

“With more than a passing resemblance to J. D. Salinger, the authors accomplish something like what he did in Fanny and Zooey: to introduce fully two siblings, older and younger, at critical points in their lives … When you finish the book, you might find yourself starting it again.”—Los Angeles Reader

“An intelligent, fresh, witty look at how three twentysomethings live near the end of the 20th century, written in the ironic, sarcastic and sometimes cynical voices that have come to characterize a generation.”—Halifax Chronicle Herald 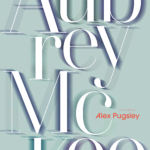