During the hottest summer on record, Bea’s dangerous new hobby puts everyone’s sense of security to the test.

At 49, Beatrice Billings is rudderless. Her marriage is stale, her relationship with her son Thomas is strained, she carries on ongoing arguments with her older sister in her head, and her mother is in the early stages of dementia. Bea misses the momentum she remembers from in her thirties, when she and everyone she knew was buying houses, having children, and renovating kitchens. But when Bea discovers that she has both a talent and a passion for picking locks, the sense of anticipation that had been missing from her life returns. Breaking into other people’s houses is something she’s good at: she is a quick study, subtle, discreet, and never greedy. It’s a dangerous hobby that makes her feel alive—and so she begins the guilty analysis of other people’s lives, and eventually, her own. From Governor General’s Award-winning Don Gillmor, Breaking and Entering is an exacting look at the fragility of all the things we take on faith.

“To The River: Losing My Brother is haunting, beautifully written and rightly hesitant about any certainties regarding an act as ultimately unknowable in social terms as it is in individual decisions.”
—Brian Bethune, Maclean’s

“Gillmor took on the thankless, though compelling, existential task of understanding another man’s life, happiness and grief. And what makes it worth leaving.”
—Globe and Mail

“As he explores the cultural, sociological and psychological questions surrounding suicide, Gillmor circles ever closer to an answer to the central question of those left behind: Why? On the way, he draws back the curtain on a subject too little discussed … At its heart, though, To the River is a family story, focused on a brother’s love and loss. It is a keen-edged, frank book, beautiful and unflinching, painful and important.”
—Robert J. Wiersema, author of Seven Crow Stories

“A beautiful, shattering book. Wise and honest, and exquisitely written. Insight for anyone who has known the gnawing sorrow or the endless accusation of a senseless loss. It will also make you laugh out loud. Go figure.”
—Linden MacIntyre, Scotiabank Giller Prize-winning author of The Bishop’s Man 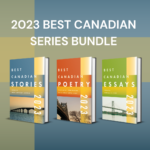