After World War I and the collapse of Czarist Russia, former counterintelligence officer Justas Adamonis returns to Lithuania, a fragment of the shattered Empire. He’s not entirely sure what he’ll find. His parents are dead, he hasn’t seen his sister since she was a teenager, and Kaunas has become the political center of the emerging state. He’s barely off the train when he’s recruited back into service, this time for the nascent government eager to secure his loyalty and experience. Though the administration may be new, its problems are familiar, and Adamonis quickly finds himself ensnared in a dangerous web of political corruption and personal betrayal. Antanas Sileika’s Provisionally Yours is a vivid depiction of realpolitik—as well as an unforgettable story about treachery and the enduring human capacity for love.

“’How are we going to survive unless we turn our hearts to stone?’ a comrade warns the hero of Antanas Sileika’s Underground. The question is an example of the elegant thinking that characterizes this rare and compelling chronicle .” –Globe and Mail

“Sileika’s novel is a gripping tale, and the fate of Lukas – how long his luck runs – engages the reader to the last page.” –National Post

“Sileika writes with a spare style that suits the action sequences as well as the rare moments of tenderness or humour. Entertaining and sometimes shocking, the book describes a little-known period of European history that has been kept underground far too long.” –Montreal Gazette

“The Barefoot Bingo Caller is evocative, unfailingly honest, wry and dead-on funny! A masterful piece of writing ― like being entertained on a summer night by your closest and most charming friend.” – Miriam Toews, bestselling and award-winning author of All My Puny Sorrows and A Complicated Kindness

“The memories have been vividly, deliberately shaped by a master storyteller over a lifetime of telling, to powerful and often hilarious effect. . . This is a memoir with the dull bits removed, and the remaining highlights polished to a bright shine.” – Quill & Quire (starred review)

“Some essays are quietly humorous; some, particularly toward the end, are melancholy. All are thoughtful and heartfelt.” – Toronto Star

“Sileika, who in July retired from his long-time post as director of the Humber School for Writers, is first and foremost a storyteller. His memoir does not impart a strong sense of chronology; what it does do is leave the reader with vivid impressions of the writer’s life, written largely in a wry, unsentimental style. A kind of truth.” –Globe and Mail

“A wonderful book, worthy of Leacock. Funny and wistful, always engaging and wholly original, The Barefoot Bingo Caller charts the geography of belonging from the suburbs of Weston to the streets of Vilnius, from iconic Parisian bookstores to secret fishing holes in the backwoods of Ontario.” – Will Ferguson, Giller prize-winning author of 419 and three-time winner of the Leacock Medal for Humour

“The Barefoot Bingo Caller soars in its descriptions of a boy’s childhood and perfectly conveys with humour and aplomb the push and pull of the identity of an immigrant in a new land.” – Catherine Gildiner, author of Too Close to the Falls

“Risky and refreshing … These days, literary memoirs, in particular, tend to narrow in on a single, significant event or moment in time. The Barefoot Bingo Caller instead provides an overview of its narrator’s entire life and does so to its advantage.” 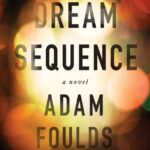 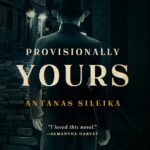 Provisionally Yours (eBook)
Scroll to top