In a crumbling apartment block in the Angolan city of Luanda, families work, laugh, scheme, and get by. In the middle of it all is the melancholic Odonato, nostalgic for the country of his youth and searching for his lost son. As his hope drains away and as the city outside his doors changes beyond all recognition, Odonato’s flesh becomes transparent and his body increasingly weightless.

A captivating blend of magical realism, scathing political satire, tender comedy, and literary experimentation, Transparent City offers a gripping and joyful portrait of urban Africa quite unlike any before yet published in English, and places Ondjaki, indisputably, among the continent’s most accomplished writers.

“darkly pretty…peppered with poetry…These disparate stories are woven into a beautiful narrative that touches on government corruption, the privatization of water, the dangers of extracting oil for wealth, and the bastardization of religion for profit.. The novel reads like a love song to a tortured, desperately messed-up city that is undergoing remarkable transformations.”—Publishers Weekly

“A poetic, chaotic web of a book, hilarious and touching, written in a compelling run-on narrative, flowing and sensory. It has a wide scope and won’t be for the faint of heart, but those willing to take the leap will happily swim through the rushing current of this strange, dark comedy, with its tender characters and bizarre tales.”—Book Riot

“It’s been a long time since I read a novel like Ondjaki’s Transparent City…It’s a hugely risk-taking book, in the way that it’s structured above all else, but also in its blend of stylized surrealism and harrowing realism. As it tells the story of a man whose body is gradually losing its presence, amidst chaos in the city around him, Transparent City achieves a tremendous sense of clarity. And its blend of the familiar and the uncanny seems decidedly suited to the experience of living through 2018.” —LitHub

“In telling the story of a man named Odonato, who is slowly fading out of existence, and the chaotic city around him, Ondjaki takes risks that actually smooth the flow. In other words, he’s experimental without being off-putting; it helps that his tale is both ecstatic and bittersweet. The language immerses the reader in the novel’s milieu, but also charts out unexpected dimensions.” —Vulture

“A lively and invigorating novel…With Transparent City, Ondjaki takes his place among the great fabulists of the past century…so rich in heart, and so startlingly fresh in structure and delivery, [he] has gifted us with a contemporary masterpiece.” —Toronto Star

“The prose in which Ondjaki tells this story is deftly stylized, suggesting the hazy interconnections between the cast of this sprawling, stunning work. Over time, the plot threads begin to converge, and both the miraculous and the absurdist aspects take on tragic qualities as the novel reaches its stunning conclusion.” —Words Without Borders

“As with Ondjaki’s other novels—including Bom dis camaradas (2001; Good Morning Comrades) and Os Transparentes (2012)—this is a strangely deceptive read. Although the narrative often feels rather whimsical, Angola’s long history of colonialism and conflict, its various foreign allies and enemies, and the extraordinary suffering of its population, are menacingly present . . . a brave and highly political work.” —Times Literary Supplement

Light Shining Out of Darkness (eBook) 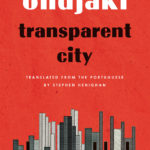