Finding Again the World brings together a dozen of the best stories by John Metcalf, a modern master of the form. Spanning more than fifty years and ranging from some of his earliest published stories, such as “Dandelions” and “The Eastmill Reception Centre,” to his latest, with “Ceazer Salad” and “The Museum at the End of the World,” this current gathering shows a writer whose voice, at every stage of his career, is unmistakable. These are elegant and brilliantly charged fictions, entertaining and moving and mischievous: taking the dross and straw of everyday life and transforming it, through some sort of alchemical process of sensibility, into art.

With an introduction by Keath Fraser, Finding Again the World  is a landmark collection, a sumptuous gathering of singular work: these are stories that will last.

Praise for Finding Again the World

“Masterful…Harsh reality, hope, and caricature mingle in this tour de force. As Metcalf says in his previous book, “Writing is very hard work but at the same time it is delightful play.” An exceptional collection.” —Kirkus Reviews (starred review)

“A delight to read…[Metcalf] submerges the reader completely into the universe of his writing…Every character is deeply authentic and each setting is described with striking imagery. Metcalf’s writing is impossible to forget and his stories will feel as if they’ve become a part of you—or rather, as if you have become a part of them…Metcalf is a crucial figure to Canadian writing and the Canadian community as a whole.” —The Charlatan

“John Metcalf has written some of the very best stories ever published in this country.” —Alice Munro

“In the past few decades, Canada has won a reputation as a prolific producer of high-quality short stories. Alice Munro, Mavis Gallant and John Metcalf are among those who have proven themselves masters of the difficult form.” —Maclean’s

“A master stylist confidently at work in his favoured form.” —The Oxford Companion to Canadian Literature: Second Edition 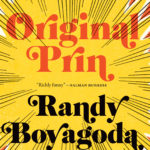 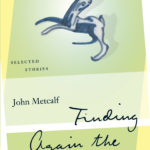