SHORTLISTED FOR THE 2020 SCOTIABANK GILLER PRIZE

A GLOBE AND MAIL GLOBE 100 BOOK

Praise for Here the Dark

“Sexual loneliness and moral confusion pull at the delicately wrought characters in David Bergen’s latest work, a story collection of masterly skill and tension. His third appearance on the Giller shortlist—including the 2005 winner, The Time in Between—affirms Bergen among Canada’s most powerful writers. His pages light up; all around falls into darkness.”—2020 Scotiabank Giller Prize Jury

“Gripping … Here the Dark highlight[s] the nuance in every decision; more often than not, no ‘right’ choice is offered. It’s love — not faith — that saves.”—Winnipeg Free Press

“Bergen’s prose is always tight and clear, but in his novella it takes on an eerie quality; the story is both immediate and dreamlike … Lily never feels less than real. In the hands of a less skilled author, her character – uneducated, religious, sexually frustrated – might fall into trope territory, but Bergen never lets that happen.”—Quill & Quire

“Lulled by confident and poetic prose, the reader could be fooled into missing the nuance of Bergen’s writing: it lives in the detail, the gesture, the words spoken and how they’re received … It is a refined stream-of-consciousness, turned cinematically outward, often to nature—human or otherwise. The turns are so carefully done we don’t realize we are on the precipice of action until the ground falls out from under us, opening the stories up, like the crumbling earth, to a new equilibrium … It is for all the questions, lingering and gathering force, that I will be continuing to pick up this outstanding collection.”—Malahat Review

“A wondrous experience … Because Bergen is such an astute and generous writer he has been able to give Lily the precious gift of a full and rich character and it will be a long time before I forget her.”—Guelph Today

“Bergen translates the mundane into an ethical battleground of giant proportions, one not perhaps beyond the reach of human understanding but challenging, and well within the experience of human lives … The apparent simplicity of Bergen’s prose voices a sensibility at once affirmative and sad, male in its perspective, elliptical in its hope, and in its ‘dark’ implications intensely troubling.”—Ormsby Review

“David Bergen’s command is breathtaking, and Stranger is a work of genius. There is not one sentence out of place in this book, not one missed stitch. This is a novel with the tension of The Road and the moral heft of The Power and the Glory. His work belongs to the world, and to all time. He is one of our living greats.”
—Matthew Thomas, New York Times-bestselling author of We Are Not Ourselves

“The gorgeous lyricism of David Bergen’s latest novel recalls the atmosphere of Hemingway’s The Old Man and the Sea.”
—Maclean’s

“Stranger is an engrossing human exploration of displacement and inequality. . . Bergen paints a dire reality that isn’t far off from the current state of affairs in the United States. Stranger feels like a caution, warning of the dangers of continued disunity and the growing rift from inequality.”
—Toronto Star

“Inventive and electrifying. . . Skilled and gutsy. . . Brilliant and utterly convincing. . . [Stranger] reminds us that even in the best-known stories, something unexpected is always lurking, if you go deep enough.”
—Globe & Mail

“David Bergen has written arguably his best novel. . . The book manages the rare feat of being profound and important but at the same time absolutely gripping.”
—Quill & Quire

“At once grand and intimate, Stranger is an epic story with a very human heart.”
—Rachel Giese, Chatelaine 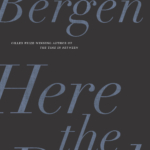 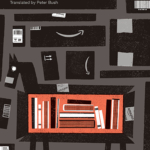 Against Amazon and Other Essays
Scroll to top