Not far away from here is a lake. You have to pay for access to its shores, but I know where there’s a hole in the fence.
The water will be icy, but it will still be in a liquid state.
That’s what I will do today. I will go through the hole in the fence and I’ll dive into the icy water.
And then I’ll go home.

Friends since grade school, Céline, Julie, and Sabrina come of age at the start of a new millennium, supporting each other and drifting apart as their lives pull them in different directions. But when their friend dies by suicide in the abandoned city lot where they once gathered, they must carry on in the world that left him behind—one they once dreamed they would change for the better. From the grind of Montreal service jobs, to isolated French Ontario countryside childhoods, to the tenuous cooperation of Bay Area punk squats, the three young women navigate everyday losses and fears against the backdrop of a tumultuous twenty-ﬁrst century. An ode to friendship and the ties that bind us together, Stéfanie Clermont’s award-winning The Music Game confronts the violence of the modern world and pays homage to those who work in the hope and faith that it can still be made a better place.

Praise for The Music Game

“Many have been the millennial offerings I’ve read the past year, and while there is much to recommend … the book I keep thinking about is Stéfanie Clermont’s The Music Game. An amalgam of short stories, childhood remembrances, dolorous journaling and deeply-felt romances, this multi-prize-winning novel is an ode to friends who seek alternatives to the systems they’ve inherited.”—Alex Pugsley, for the Globe and Mail

“In her debut fiction, Montreal writer Stéfanie Clermont locates a 21st Century equivalent to the 1920s’ “lost generation” in a group of young people trying to find meaning and connection in a world of dead-end jobs, unaffordable housing, and romantic disappointments … The Music Game inhabits a liminal space between different bodies, psyches and geographies. Its characters can display the worst hipster traits … and genuine insights into their inner selves and the nature of the world around them. If they share undeniable commonalities with lost generations before them, they are nonetheless, in Clermont’s hands, rendered specific and unique.”—Toronto Star

“The Music Game seems to ask us to return to those vital conversations about the way we have been hurt and about wanting to make things better, even if the room to do that may feel so out of reach. It’s a book that allows us to escape our reality while also somehow facing it head on. Its a reminder of our fundamental interconnectedness, of the loss that still cuts through us every day, and, more than anything else, of the necessity of hope.”—Open Book

“A stunning, incisive immersion into a community of young radical activists finding love, experiencing violence, rejecting hegemony and struggling to survive financially in a world of dead-end jobs.”—Winnipeg Free Press

“[An] audacious, honest, and liberating masterpiece … The Music Game is about relationships, yet also about all the ways we desperately try to escape reality … anyone who’s ever experienced depression or anxiety will find healing through Stéfanie’s loyal and beautiful ways of describing the inexplicable. She allows for contradiction; depth and lightness meet in a disturbing but cathartic way.”—Apt613

“The Music Game’s structure is what sets it apart. Each chapter tells a self-contained story from the point of view of someone within Sabrina’s inner circle, be it a long-lost friend or a neighbour … Clermont’s reflection on activism is skillfully nuanced, exploring both the hopefulness and cynicism that often come with political engagement.”—The McGill Tribune

“Stéfanie Clermont confronts the futility of the pursuit of sex, rent, and art with a rare clarity. The Music Game may well show us how to absolve ourselves by sheer force of yearning alone.”—Paige Cooper, Scotiabank Giller Prize-nominated author of Zolitude

“The Music Game is a bruising, jubilant, prismatic book, inhabiting the space where short stories and the novel overlap. Clermont writes with clear-eyed insight, imbuing her characters and their knotty relationships with dazzling vitality, even as many of them question whether they can bear to stay in this world or not.”—H. Felix Chau Bradley, author of Personal Attention Roleplay

“Here is a clear, burning voice whose subject is uncertainty. Everything is precarious for young people in The Music Game: income, love, gender. This is a moving and melancholy portrait of a generation of urban people who have been promised absolutely nothing for sure.”—Russell Smith, Scotiabank Giller Prize-nominated author of Confidence

“Stéfanie Clermont’s multi-vocal book The Music Game is a compelling debut, precise and vivid in its observations and deeply attuned to the emotional cadences of its characters. By turns, funny, tender, and harrowing, The Music Game tells a story that feels both urgent and elegiac.”—Faye Guenther, author of Swimmers in Winter

Praise for the French edition of The Music Game

“The reader isn’t spared the characters’ suffering, and what shines is a new voice, one we’re eager to hear more from.”—Publishers Weekly (Quebec supplement)

“In The Music Game the moments when everything shifts are numerous and hold readers breathless because we know that nothing can be taken for granted, that a sudden reversal in fate or the unexpected reaction of a female character can turn everything upside down at the turn of a page.”—Les libraires (Montreal)

“The voices Clermont creates make themselves heard as a rich, unusual pleasure of the sort one rarely encounters.”—Revue Spirale (Montreal)

“In spite of the lack of ambition of its rather directionless characters, Clermont’s collection proves to be a work of a breadth that is quite unusual in the Quebec literary landscape.”—Revue Liberté (Montreal)

“The Music Game has a very contemporary vibe in which the desire to live opens a makeshift path between apathy and revolt. Precision, lyricism, deep feeling: a hit for the youth of the 2010s.”—Grazia (France) 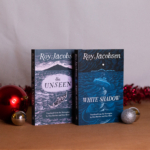 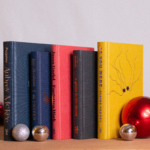