Following his New York Times Best of the Year Dark Woods, Richard Sanger’s fourth collection is a clear-eyed and big-hearted chronicle of terminal illness and a joyful inventory of the passions of a life well lived. Understated, tender, and archly funny, this collection comes on the heels of his chapbook, Fathers at Hockey, a gritty and magical glimpse into an ice rink, which was selected as a favorite book of the year by The Walrus. Way to Go takes that magic and runs—becoming a retrospective and an inventory of the passions of a life well lived. Akin to the work of Ross Gay and Ada Limon, reminiscient of Frank O’Hara’s Lunch Poems, Sanger creates a catalog of things that he loves, has loved, and still dreams he may yet find a way of loving. A jubilant, irreverent, generous collection by a poet facing terminal illness.

“The rueful, lucid, deliberately casual poems in Dark Woods can surprise you with their tenderness, but also with their prickly intelligence.”
—New York Times

“In the poems’ accentual, lightly metered stanzas we are made conscious of time passing, the body aging, and those quiet moments outside time … understated and moving.”
—Malahat Review

“Splendidly-shaped and imagistically adroit. These are outstanding poems.”
—Globe and Mail

“Very accomplished … [Sanger] writes in a voice that is all his own, and its groundtone is a cleverly, progressively sophisticated one which is never merely adroit.”
—Journal of Canadian Poetry 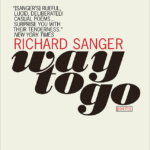 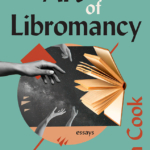 The Art of Libromancy (trade paper)
Scroll to top