In a nameless Hungarian town, teenagers on a competitive swim team occupy their after-training hours with hard drinking and fast cars, hash cigarettes and marathons of Grand Theft Auto, the meaningless sex and late-night exploits of a world defined by self-gratification and all its attendant recklessness. Invisible to their parents and subject to the whims of an abusive coach, the crucible of competition pushes them again and again into dangerous choices. When a deadly accident leaves them second-guessing one another, they’re driven even deeper into violence.

Brilliantly translated into breakneck English by Ildikó Noémi Nagy, Dead Heat is a blistering debut and an unforgettable story about young men coming of age in an abandoned generation.

“Let’s say it up front: reading Dead Heat, the Hungarian writer Benedek Totth’s first novel, is a shock . . . [like] the cry of love and desperation flung out by a generation that’s finished before it can begin, before it can even reach maturity.”—Yann Perreau, Les Inrockuptibles

“A brilliant novel, but brilliant like a black diamond and cursed so that you don’t want to hold it, a tale that never lets you go, no matter how much repugnance you may feel.”—Encre Noire

“Intense, brutal and relentless. As on a mad merry-go-round, you’re delighted not to be able to get off before it’s over. But watch out: the harsh form and subject matter will leave more modest readers shaken.”—TéléStar

“Dead Heat is about an empty world . . . its language full of slang, its elocution prizing sexuality, violence and luxury goods. Its hallucinatory moments call to mind classics of 20th-century American literature like Bret Easton Ellis, Raymond Carver or Hunter S. Thompson, or the cult movie Trainspotting and the violence of youth at its centre reminds us of Golding’s Lord of the Flies.”—Magyar Narancs

“Dead Heat is a no-holds-barred portrait of adolescents adrift . . . The blue waters of the Danube have never looked this troubled.”—Paris Match

“Benedek Totth darkens his pages with a boundless talent. He writes like a man screaming, moved by furious desperation. Totth’s dialogues show that he understands the power of humour, and he also knows that the world moves too fast and leaves those who don’t know how to swim at the edge of the pool. A devastating, beautiful Noir novel.”—L’Express (Paris) 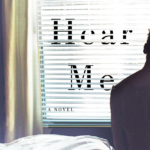 If You Hear Me
Scroll to top