Shop
You are here: Home1 / Shop2 / Non-Fiction3 / Literary Criticism4 / Canada Made Me

This travelogue-turned-exposé of the “polite nation” at midcentury proved so shocking it took twenty-one years—despite initial acclaim when released in 1958—to see a Canadian edition. A record of his three-month journey across the country, Norman Levine’s vision of Canada’s seedy and unpleasant underworld is now a laconic classic.

“Far better than any book I’ve ever read about Canada.”—Mordecai Richler

“One of the most moving, most sad, most deeply felt, savage and loving pieces of autobiography I’ve ever read.”—Charles Causley, BBC

“Mr. Levine is a true artist, who grinds his bones—and anything else he can lay his hands on—to make his bread.”—Bernard Levin, The Sunday Times

“Norman Levine sees with a clear eye a good deal of the tragic comedy of human life. And he writes in a marvellously clean, naked prose which is a joy to read.”—Edward McCourt, The Montrealer 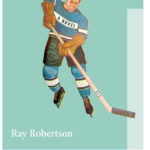