Produced as a limited-edition chapbook, The Worst Truth is John Metcalf’s long-form review of A History of Canadian Fiction by David Staines.

Use this coupon code for free shipping: theworsttruth

“[Metcalf’s] exacting eye and his ongoing willingness to call out what he considers substandard, inert, or deadening in our literary culture has earned him opprobrium … One need not agree with everything [he] says to find much to gnaw on in his analyses of the various ways literary technique and style … are too often downgraded or outright ignored. … While it’s amusing to wrestle with the temerity and gall of Metcalf’s settled esthetic standards … his achievement in translating this approach into practice as mentor and guiding light is invaluable and we are all in his debt.”
—Steven W. Beattie, Toronto Star

“[Metcalf] deliver[s] a layered and textured narrative highlighting a wide range of writing and writers, one that immerses the reader into the soul of what writing, and thus literature, is supposed to be. And in this, he has succeeded.”
—Ottawa Review of Books

“John Metcalf has written some of the very best stories ever published in this country.”
—Alice Munro

“In the past few decades, Canada has won a reputation as a prolific producer of high-quality short stories. Alice Munro, Mavis Gallant and John Metcalf are among those who have proven themselves masters of the difficult form.”
—Maclean’s

“Masterful … Harsh reality, hope, and caricature mingle in this tour de force. As Metcalf says in his previous book, “Writing is very hard work but at the same time it is delightful play.” An exceptional collection.”
—Kirkus Reviews (starred review) 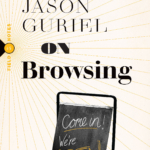 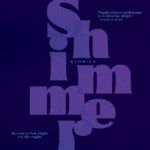