How can we know who we are when we can never step away from ourselves? Villa Negativa posits that we can only know what we are not and explores that conundrum against the backdrop of a sibling’s illness and death, an eating disorder and a couple of really dismal dating relationships. Though it could be sombre territory, Villa Negativa looks for the laughter behind the darkness: the housebreaker who takes off her shoes first, the fabricator whose most intimate relationship is with fibreglass, the anorexic who sends the Diet Coke back because it tastes too good.

“Part satire, part self-examination, and far more layered than it first appears. Working largely in free verse… moving between levity and sincerity in a short span… The collection is brilliant: short, sharp, and eminently readable. Although it is a quick read, it is a deeply satisfying one.”—Publishers Weekly (starred review)

“So much is revealed in so few words … It’s a book that feels light, but its delivery is heavy, and worthy of contemplation … McCartney is merciless in exposing vulnerability, but also builds an intimacy integral to Metanoia‘s achievement.”—Quill & Quire (starred review)

“McCartney has written exceedingly rhythmical poems … and this is one of the reasons she holds a place of high esteem in the Canadian poetry scene for me … There’s a ton to empathize over, rage against, or even pshaw in disdain towards, usually in the face of some sad sack male character … “Agonal and Preterminal,” the third piece, perfectly sketches a painful portrait of an era of institutionalization, medicalese and the hush of shame.”—Marrow Reviews

“You don’t read these poems, you feel them: Hammer in the head, shod foot on the throat, stiletto in the heart. It’s those combos of wild, piercing insights (or unusual but poignant images); yep, that’s what makes it good for you–or kills you, laughing.”—George Elliott Clarke 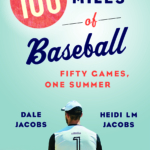 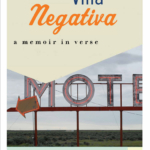