In the year 2063, on the edge of the Crater formerly known as Montréal, a middle-aged man and his ex’s daughter search for a cult hero: the leader of a short-lived band named after a forgotten work of poetry and known to fans through a forgotten work of music criticism. In this exuberantly plotted verse novel, Jason Guriel follows an obsessive cult-following through the twenty-first century. Some things change (there’s metamorphic smart print for music mags; the Web is called the “Zuck”). Some things don’t (poetry readings are still, mostly, terrible). But the characters, including a robot butler who stands with Ishiguro’s Stevens as one of the great literary domestics, are unforgettable.

Splicing William Gibson with Roberto Bolaño, Pale Fire with Thomas Pynchon, Forgotten Work is a time-tripping work of speculative fiction. It’s a love story about fandom, an ode to music snobs, a satire on the human need to value the possible over the actual—and a verse novel of Nabokovian virtuosity.

Available in trade paperback and ebook formats, Forgotten Work is also available as a hardcover printed in a limited-edition of 300 copies, signed and numbered by the author. It’s available exclusively from Biblioasis.

“A futuristic dystopian rock novel in rhymed couplets, this rollicking book is as unlikely, audacious and ingenious as the premise suggests.”—New York Times

“This may be the first rock ‘n’ roll novel written in iambic pentameter … strange and affectionate, like Almost Famous penned by Shakespeare. A love letter to music in all its myriad iterations.”—Kirkus

“A feast of allusions—musical, literary, and cinematic—is the book’s most entertaining aspect, and it speaks to the powerful currents flowing between artists and artworks across disciplines, as well as to the effect of art on its consumers … Guriel’s bountiful celebration of connections between art finds an inspiring, infectious groove.”—Publishers Weekly

“This is no novel for fans of 20th-century CanLit’s plodding linear plots of settling the land and alcoholism. This one is for the boundary pushers and bohos, jazz snobs with their fanatical attention to minutiae that allows them to feel superior to those who do not know about what Bukowski calls ‘the thing!’”—Quill & Quire

“Forgotten Work’s biggest pyrotechnic is its form … Guriel shifts comfortably between his formal constraint and the more prosaic needs of the narrative. Guriel’s formal choice reflects his characters’ obsessions with the past… Through this playful postmodern fictionalizing, Guriel signals the way that our approaches to past works and traditions form flags to rally around.”—Canadian Literature

“Here’s a verse-novel that is a sustained, dazzlingly crafted, adventure into the 21st century.”—Molly Peacock, author of The Analyst

“What do you get when you throw John Shade, Nick Drake, Don Juan, Sarah Records, and Philip K. Dick into a rhymed couplet machine? Equal parts memory and forgetting, detritus and elegy, imagination and fancy, Forgotten Work could be the most singular novel-in-verse since Vikram Seth’s The Golden Gate. Thanks to Jason Guriel’s dexterity in metaphor-making, I found myself stopping and rereading every five lines or so, to affirm my surprise and delight.”—Stephen Metcalf

“This book has no business being as good as it is. Heroic couplets in the twenty-first century? It’s not a promising idea, but Forgotten Work is intelligent, fluent, funny, and wholly original. I can’t believe it exists.”—Christian Wiman

“Forgotten Work is a novel in rhymed verse, heroically unspooling perfect couplets for almost 200 pages. It’s an SF epic poem, an excellent ekphrastic entertainment for English majors, a figment of imagination made real, and the perfect discovery to make for yourself in the hidden corner of your favorite bookstore.”—James Crossley, Madison Books

“Like the bumblebee that flies even though it shouldn’t be able to, Forgotten Work’s amalgam of epic poem, sci-fi novel, and deep dive into rock-fandom gets improbably airborne, a feat attributable not only to its author’s large and multifaceted talent, but also to his winning infatuation with the diverse realms his story inhabits.”—Literary Matters 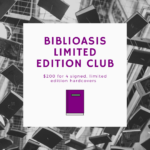 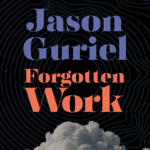