Blog - Latest News
You are here: Home1 / Latest News2 / 100 MILES OF BASEBALL: Leading Up to the Launch!

It’s been an exciting month for 100 Miles of Baseball, and it all leads up to next week, when we’ll be hosting our virtual launch on March 31 at 7 PM EST. Everything from radio interviews, to its own beer can design (available as part of the Book & Brews Baseball Bundle in partnership with Chapter Two Brewing) has kept authors Dale Jacobs and Heidi LM Jacobs busy! Recently, they’ve been featured in the Toronto Star in a lovely review which can be read on their website here.

“I was about to get a taste of real baseball love. Here, too, the atmosphere was part of the game. The stands were crowded, the fans not afraid to yell what they thought, the scents of popcorn and hot dogs filling the hot summer night in a dusty field. This, I thought, is baseball… It’s the same feeling evoked by the Jacobs’ book.”

Interview with CBC Fresh Air! available to listen to here.

Their transcribed March 15 interview with the Windsor Star can also be read on their website here, and their March 17 interview with Holly M. Wendt of The Baseball Prospectus can be read here.

You can order 100 Miles of Baseball: Fifty Games, One Summer directly from Biblioasis, or from your local bookstore.

Make sure to join us next Wednesday for a virtual night of entertainment! RSVP to the event on Facebook.

ABOUT 100 MILES OF BASEBALL

By the end of the 2016 season, Dale Jacobs and Heidi LM Jacobs both finally admitted to themselves and to each other that they were losing interest in the Tigers and, consequently, in baseball itself—a thread that had not only connected the two of them, but brought them together with their families and with their own histories as well. They weren’t sure what they were missing, but they had an idea where it might be found: in their own backyard. Drawing a radius of one hundred miles around their home in Windsor, Ontario, Heidi and Dale set a goal of seeing fifty games within that circle in one summer, a schedule that took them across southwestern Ontario and into Michigan and Ohio, from bleachers behind high schools, to manicured university turf, to the steep concrete stands of major league parks. 100 MILES OF BASEBALL is the story of their rediscovery of their love of the game—and with it their relationships, and the region they call home.

ABOUT THE AUTHORS
Dale Jacobs is the author of Graphic Encounters: Comics and the Sponsorship of Multimodal Literacy (Bloomsbury Academic, 2013). He is the editor of Sunday with the Tigers: Eleven Ways to Watch a Game (Black Moss Press, 2015) and The Myles Horton Reader (University of Tennessee Press, 2003), and co-editor (with Laura Micciche) of A Way to Move: Rhetorics of Emotion and Composition Studies (Boynton Cook/Heinemann, 2003). His academic/creative nonfiction book, The 1976 Project: On Comics and Grief, is forthcoming from Wilfred Laurier University Press. He is the editor of The Windsor Review and teaches in the English Department at the University of Windsor.

Heidi LM Jacobs’ novel Molly of the Mall: Literary Lass and Purveyor of Fine Footwear (NeWest Press, 2019) won the Stephen Leacock Medal for Humour in 2020. She is a librarian at the University of Windsor and one of the researchers behind the award-winning Breaking the Colour Barrier: Wilfred “Boomer” Harding & the Chatham Coloured All-Stars project. She is currently co-writing a book about the 1934 Chatham Coloured All-Stars, the first Black team to win the Ontario Baseball Amateur Association Championship (forthcoming from Wilfred Laurier University Press). Originally from Edmonton, she now lives in Windsor, Ontario. 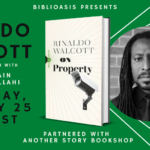 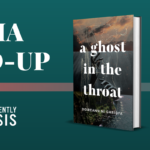 FOREGONE and A GHOST IN THE THROAT: Latest Biblioasis Headlines!
Scroll to top