Blog - Latest News
You are here: Home1 / Latest News2 / CHARITY and ON PROPERTY in the News: Biblioasis Titles are Making a Sp...

Biblioasis titles are making waves in news outlets near and far! Check out some recent coverage below:

Charity by Keath Fraser received a glowing review in the Toronto Star! Reviewer Robert J, Wiersema had this to say of the novella:

“What initially seems on the surface to be a simple, somewhat familiar story becomes something more philosophical, an exploration of the relationships between parents and children, and between youth and age… It’s a powerful, complex construction beneath an often-funny, occasionally tragic narrative voice…Like Carol Shields’ Unless, and its meditation on goodness, Charity is a powerful work of philosophical and moral inquiry, rooted in skillfully wrought characters and sly storytelling.”

Rinaldo Walcott, author on On Property, was interviewed by The Tyee to talk about his new book, abolition politics and his insistence on the purity of the idea of “defund the police.”.  When asked when he chose to write On Property, Walcott had this to say:

“I wrote this book in the context of watching the outpouring of protests, demonstrations and the outright uprising in the moment of the very public murder of George Floyd, while many of us sat in our houses in partial isolation, in the midst of a global pandemic. And one of the things that really struck me about that moment was to sit back and notice that the language, that “defund the police,” had become a part of the everyday protest movement. And so the book, the long essay, is really written in that context.”

You can read the full interview here!

On Property will be the inaugural title in a new book club focusing on Biblioasis titles! Hosted by Biblioasis Bookshop, A Different Drummer Books , Hunter Street Books , The City and City Books , The Book Wardrobe , and The Village Bookshop. Join them on February 21st at 4:00pm!

Join the Facebook Group to keep up to date on upcoming meetings!

Join us for On Property‘s virtual book launch on Thursday, February 25, 2021 at 7 PM ET. Rinaldo Walcott will be joined in conversation by Beverly Bain and Idil Abdillahi. We’re partnering with Another Story Bookshop in Toronto for the launch. We’ll be streaming live on Facebook and on YouTube.

On Property has an upcoming event with Ottawa’s Writers Festival. Tune in on Monday, February 22, 2021 at 7:30 PM ET. Rinaldo Walcott will be interviewed by journalist Idil Mussa. 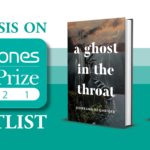 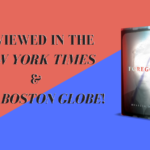 FOREGONE by Russell Banks reviewed in THE NEW YORK TIMES and THE BOSTON GLO...
Scroll to top