Eyes of the Rigel (trade paper)

The journey had taken on its own momentum, it had become an autonomous, independent entity, she was searching for love, and was still happily unaware that truth is the first casualty of peace.

The war is over, and Ingrid Barrøy leaves the island that shares her name to search for the father of her daughter. Alexander, the Russian POW who survived the sinking of the Rigel, has attempted to cross the mountains to Sweden, and now Ingrid follows, carrying their child in her arms, the girl’s dark eyes and a handwritten note her only mementoes of their relationship. Along the way she will encounter partisans and collaborators, refugees and deserters, sinners and servants in a country still bearing the scars of occupation—and before her journey’s end, she’ll be forced to ask herself how well she really knows the man she’s risking everything to find.

Preceded by the International Booker Prize-shortlisted The Unseen and the critically acclaimed White Shadow, Eyes of the Rigel is an unforgettable odyssey and a captivating investigation of memory, guilt, and hope.

“The turbulent outside world laps at weathered, ancient shores in Jacobsen’s stunning follow-up to The Unseen (one of the great unsung masterpieces of last year) … In this elegant, sparse novel, every moment is laden with significance as its denizens teeter between brutal memory and resilient hope. This is a book to be savored.”—Buzzfeed

Praise for The Unseen

“The subtle translation, with its invented dialect, conveys a timeless, provincial voice . . . The Unseen is a blunt, brilliant book.”—Financial Times

A Factotum in the Book Trade 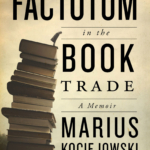 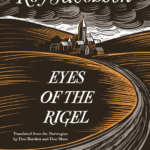 Eyes of the Rigel (ebook)
Scroll to top