After a long journey through Norway, Ingrid has returned to Barrøy, the island that bears her family name. The Second World War still casts its long shadow: former collaborators face cold shoulders, while others wish to leave the painful years in the past. When a boy arrives on the island, Ingrid assumes responsibility for him, and so he joins the Barrøy community, raised alongside Ingrid’s own daughter, another child of war.

As letters from distant friends arrive with news of a society undergoing dramatic changes, Ingrid must decide which stories to keep to herself, and which she should she bring to light. What kind of future does she imagine—for herself, and for the children?

Praise for the Barrøy Chronicles

“Richer, even more provocative … The heroine of Roy Jacobsen’s White Shadow knows every inch of her home turf, a tiny island off the coast of northern Norway that her people have inhabited for generations.”
—Alida Becker, New York Times

“Jacobson offers a portrait of a woman who is single-minded but not rigidly so, purposeful but not devoid of feeling … The intensity of feeling just beyond the actions described, and the effort itself of forging language to capture their evanescent reality, seems like a literary accomplishment in the family of more overtly ‘sophisticated’ novelists like Thomas Bernhard or W. G. Sebald.”
—Book Post

“The subtle translation, with its invented dialect, conveys a timeless, provincial voice … The Unseen is a blunt, brilliant book.”
—Financial Times 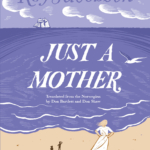 Just a Mother
Scroll to top