Newly divorced, Lydia’s life is in a downward spiral. Looking for respite, she takes off on a vacation to Mexico with her formerly estranged mother. But instead of sun and sand, what she finds beyond the hotel’s miniature jungles and Mayan statuary and folk dancing is a country where the people, many of whom serve her and her mother at the resort, live in fear, their lives dominated by cartels and corruption, and where journalists and politicians are made to disappear for even poking around the truth. But it’s also where she finds Bob, a mysterious man from Detroit who works all the angles.
Peeling away the fantasy veneer of the tourists’ Mexico to reveal a real life underworld of money laundering, political intimidation, and murder, Where’s Bob? offers up a fast-paced tragicomic page-turner about mothers and daughters and the callous blindness of tourists, and how easy it is to slip from one world into the other.

“An expert of her craft, Ireland doesn’t just portray this theme from the perspective of the one left behind, but also explores the impulse that causes people to leave others behind…Where’s Bob? is a novel full of contrasting characters who show us the depth of the book’s central issues, written by a woman who grasped the Canadian experience in a global context. Ireland has captured what it means to overcome the past and become the one who leaves.” —Prairie Fire

“Scrupulous, vivid detailing of emotion, compulsion, struggle—bloody awful old love…It’s chilling, the way you feel the artist in her, not just the women, going under. The huge disparity between what one lover is ready to give and the other is able to take—when you realize what her role in his life is and his in hers—that’s to me the real discovery. And that’s when the story transcends this story, these particular people. It doesn’t say, ‘Good thing she got away from that asshole, about time she figured him out’ in the standard, boring feminist style. It says something like, ‘Look—this is how we are, this is how we live.'”—Alice Munro

“Ireland’s writing has remarkable humour, and gentle but unshying insight into character. As a past president of PEN, no doubt she’s heard tales to make one shudder.” —The Globe and Mail

“[Ireland] is unquestionably an engrossing read.” —The Toronto Star

“[Ireland] has a gift for alternating dialogue with long paragraphs describing complex emotional shifts. These nuanced interior musings mirror the unstated counterpoint to conversations between two people who have an involved history, who know one another’s thresholds – emotionally, intellectually physically. Ireland has created a physical look on the page for this state…. she is a strong graphic writer.” —Ottawa Citizen 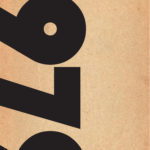 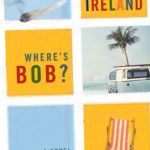