Light Shining Out of Darkness

Like the paintings of Jan Vermeer and Edward Hopper, Hugh Hood’s short fiction looks hard at what some might call the surface of things. Like the finely wrought realism of those canvases, Hood’s super-realist style doesn’t just see—it sees into. While his early publications prompted his reputation as an originator of Canadian modernism, Hood’s work taken as a whole reveals a philosophy far older: that of the allegorist. Like Dante’s pilgrim, Hood’s narrator finds spiritual truths in recognizable forms, affirming again and again the imagination’s capacity for penetrating insight and the transcendental potential of art. As he wrote in 1971, “I have at all times endeavoured to look steadily at my subjects. I hope my gaze has helped to light them up.”

With a foreword by John Metcalf, Light Shining Out of Darkness collects twenty-five of the best stories by this modern master of the form, whose sensibility set him apart from the writers of his generation and continues to distinguish his oeuvre as among the 20th century’s most enduring. Best understood as a suite of modern meditations, seemingly quotidian explorations of salvation, temptation, and damnation in an irreligious world, Hood balances insight into human failing with compassion for our shared condition. 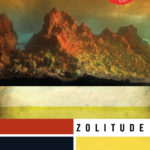 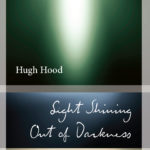 Light Shining Out of Darkness (Trade Paper)
Scroll to top