Una Fogarty, suffering from dementia in a seaside nursing home, would be all alone without her brother Dan, whose epic free-verse monologue tells their family story. Exile from Ireland and immigrant life in England. Their mother’s trials as a call girl. Young Una’s search for love in a seemingly haunted hippie squat, and the two-timing Scottish stoner poet she’ll never get over. Now she sits outside in the sun as her memories unspool from Dan’s mouth and his own role in the tale grows ever stranger— and more sinister.

A swirling, psychedelic, bleakly funny fugue, Patrick McCabe’s epic reinvention of the verse novel combines Modernist fragmentation and Beat spontaneity with Irish folklore, then douses it in whiskey and sets it on fire. Drinking song and punk libretto, ancient as myth and wholly original, Poguemahone is the devastating telling of one family’s history—and the forces, seen and unseen, that make their fate.

“Poguemahone is like a high dive: The toughest part of reading it might be convincing your feet to leave the board. Once you’ve done that, gravity does the rest.”—John Williams, New York Times

“Poguemahone is a shape-shifting epic of the Irish in England, steeped in music and folklore, crammed with characters, both real and imagined, on a scale McCabe has never attempted before. Indeed, among his 14 novels and two Booker Prize nominations, this stands out as risky, experimental work by an artist reluctant to rest on his laurels. Modernist and eager to push the boundaries of his own art and the art form of the novel, here is a novelist and novel to celebrate in all their ribald, audacious, outrageous, and compelling brilliance.”—Paul Perry, The Independent (Ireland)

“If you’re looking for this century’s Ulysses, look no further than Patrick McCabe’s Poguemahone.”—The Guardian

“McCabe draws the reader into a rambling web replete with Gaelic folklore, IRA agitation, and a soundtrack of glam and progressive rock. Lively and ambitious in form, this admirably extends the range of McCabe’s career-long examination of familial and childhood trauma.”—Publishers Weekly

“The vernacular, drunken verse format may be daunting at first, but after a few pages the narrative develops a hypnotic rhythm, as if one is sitting on a barstool listening to the narrator unspool his story over a pint (or three). At this point, the reader has merely to hang on and enjoy the ride. A moving saga of youth, age, and memory—by turns achingly poetic, knowingly philosophical, and bitterly funny.”—Kirkus Reviews

“You might think, on first sight, that Poguemahone was following in the wake of Finnegan in its attempt to be enormously long, very dense and quite inaccessible. But it is not, at all. You can slip into it like a blunt knife through butter.”—Irish Examiner

“The reader hears the book as something spoken aloud, or whispered, or snarled, or insinuated or spat into his ear. The voice is an insistent companion who, having got hold of an elbow, has no plans to stop until his hour is exhausted or the auditor collapses under the weight of memory, bile, repetition and implication.”—The Telegraph

“No one who read McCabe’s 1992 novel The Butcher Boy could forget its chilling depiction of a troubled schoolboy in 1960s Ireland. His latest, a dizzying verse novel 600 pages long, is equally likely to haunt the mind. It has so many layers that we’re never sure where we are … with a skinpricking ambience that’s both gritty and ethereal.”—The Daily Mail

“McCabe may be right when he claims that Poguemahone is his best book: it is startlingly original, moving, funny, frightening and beautiful.”—Ian Duhig, The Guardian

“The book—a hefty 600 pages—is written in verse form. And, for those of you put off by the very idea, don’t be. It is by turns energetic, hilarious, tragic and terrifying, and easy to follow once you fall into the beat of it—’the beat of a bodhran, which is the beat of Irish history,’ says McCabe.”—Emily Hourican, The Independent (Ireland)

“In the pantheon of storied Irish writers—Joyce in Dublin, Yeats on the west coast—McCabe has a special place as the conjuror of the small-town middle. […] Once you get tuned to McCabe’s brilliant playful wavelength, after a couple or three pages, you find yourself at home in Aunty Nano’s famous late-night club […] and spending too much time at the ‘premier crash pad in all of north London’, paradiso or inferno, depending on your politics.”—Tim Adams, The Guardian

“Poguemahone is a blistering, brilliant ballad of mad tales from rural Ireland to London Town, and all you might meet along your way. The characters are electric, the narrative fuelled with a brilliant frenetic energy—I loved this great song. McCabe is truly original.”—Elaine Feeney, Dalkey Literary Award-winning author of As You Were

“A tremendous pitch-black multi-layered epic. This exhilirating ride of madness, hauntings, lost weekends, and fractured memory is a lyrical poem, novel, ballad, and drama all in one … one of the most original literary works of recent times. I bloody loved it.”—Adelle Stripe, author of Black Teeth and a Brilliant Smile

“McCabe [is] as skilled and significant a novelist as Ireland has produced in decades.”—Kirkus Reviews (starred review)

“[McCabe is] one of the most brilliant writers ever to come out of Ireland.”—San Francisco Chronicle

“Breakfast on Pluto may be the most successful book yet to be born out of the violence [in Northern Ireland] … Stunning originality.”—New York Times Book Review

“McCabe certainly has a talent for creating memorable characters who are worth spending some time with, warts and all.”—Library Journal

“McCabe slowly transforms his unreliable narrator from a campy Austin Powers-like figure to a sick creep with a violent streak. [A] mesmerizing but unsettling read.”―Booklist

“A spellbinding story of betrayal and broken dreams narrated to a wonderfully menacing effect … the sheer force of his language … positively thrums with life.”—Los Angeles Times

“A dark genius of incongruity and the grotesque.”—Hermione Lee, author of Tom Stoppard: A Life

“A savage and unfettered imagination.”—Erica Wagner, author of Seizure

“Stark, fierce, and wonderful.”—Claire Kilroy, author of The Devil I Know

This Time, That Place 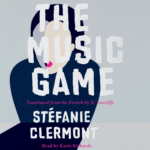