You are here: Home1 / Driven 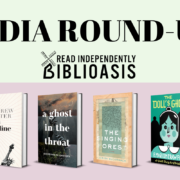 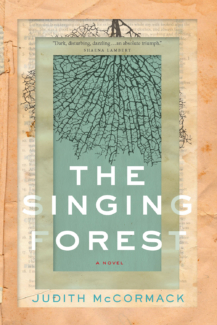 The Singing Forest by Judith McCormack (September 21, 2021) has been named a ‘Best Historical Fiction Novel of 2021’ by the New York Times Book Review! The list was published online on December 9. You can check out the full list here.

Alida Becker said in her review:

“Blends thought-provoking reflections on the moral reckoning of war crimes with a warm, wry, almost Anne Tyler-esque depiction of a young woman’s attempts to decode her eccentric professional and personal families … Leah’s losses, her questions about her parents, are subtly contrasted with larger questions about truth and responsibility, especially when she flies off to conduct interviews in Minsk, “where facts had been malleable for so long, where they had become saleable commodities.”

Get your copy of The Singing Forest here! 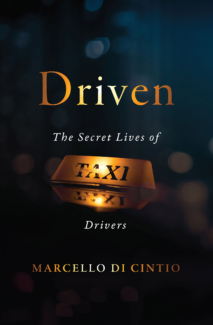 Driven: The Secret Lives of Taxi Drivers by Marcello Di Cintio (May 4, 2021) was included on the CBC Books “Best Canadian Nonfiction of 2021′ list! The list was published online on December 9. You can see the full list here.

Get your copy of Driven here! 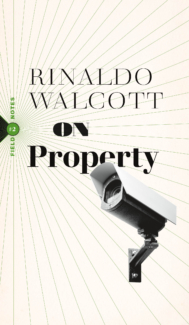 On Property by Rinaldo Walcott (February 2, 2021) was also included on the CBC Books “Best Canadian Nonfiction of 2021′ list! The list was published online on December 9. You can see the full list here.

Get your copy of On Property here! 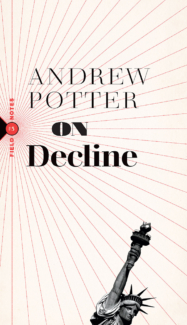 Andrew Potter, author of On Decline (August 17, 2021) was interviewed by Sean Speer in The Hub! The interview was posted today, on December 10. You can read the full interview here.

Get your copy of On Decline here! 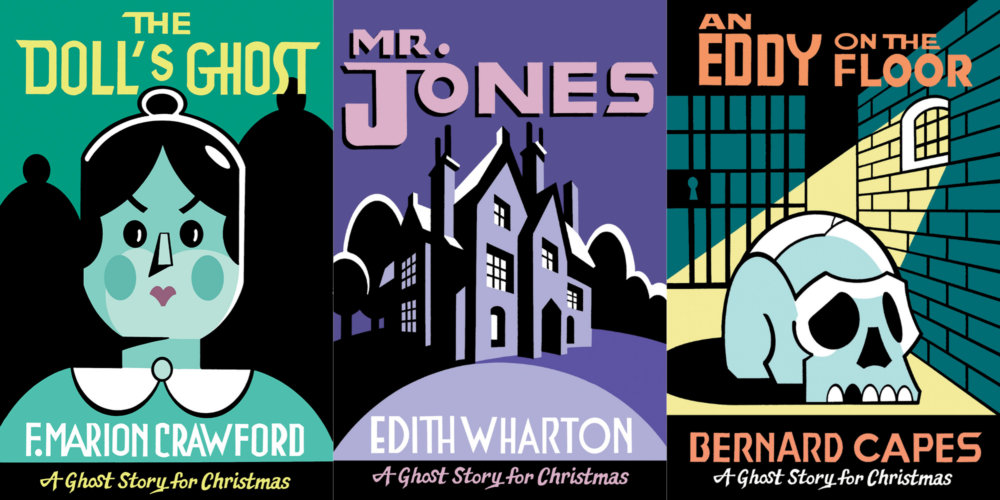 Seth’s Christmas Ghost Stories (October 26, 2021) received a glowing review in The Charlatan! The review was posted online on December 7. You can read it here.

“Seth’s books—petite and illustrated with gorgeous minimalist designs—feel somehow like a more mature version of my childhood traditions. In reality, Seth’s Christmas Ghost Stories are a tradition everyone, young and old, can make a part of their holidays. With these beautifully illustrated books, it seems in this case one really can judge a book by its cover.”

Christmas Ghost Stories were mentioned on CBC The Homestretch as part of book columnist Anne Logan’s Christmas picks! The segment aired on November 30. You can listen to it here.

Christmas Ghost Stories were also featured in Hermine Annual’s ‘2021 Holiday Gift Guide for Book Lovers’! The gift guide was posted on December 6. You can view it on their website here.

The Doll’s Ghost by F. Marion Crawford from Seth’s Christmas Ghost Stories was chosen as an Ampersand Review holiday staff pick by managing editor Robyn Read! The pick was posted on twitter on December 7. You can check it out here.

Check out the rest of the series here!

A GHOST IN THE THROAT 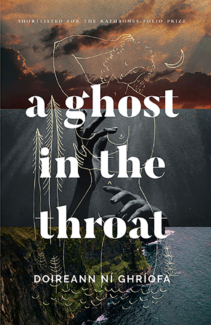 A Ghost in the Throat by Doireann Ní Ghríofa was included in Entropy magazine’s ‘Best of 2020-2021 Nonfiction Books’! The list was posted on December 9. Check out the full list here.

Get your copy of A Ghost in the Throat here! 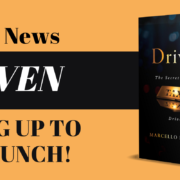 It’s launch day for Marcello Di Cintio’s Driven: The Secret Lives of Taxi Drivers here at Biblioasis! We’re taking a look back at some of the latest in news leading up to tonight’s launch, from interviews to twitter takeovers.

Marcello Di Cintio was interviewed about Driven in the Calgary Herald! The article was published in their print issue and online on April 30, 2021. You can read it on their website here.

“Fascinating … Nuanced … In Driven, Di Cintio stayed in his own country and paid close attention to the men and women most of us take for granted. Most were immigrants. Many came from war-torn nations. Many were what Di Cintio calls ‘chess masters of their own lives,’ possessing a genius and ingenuity that few of us recognize.”

Marcello was interviewed on May 3 on Global News Edmonton at Noon to discuss Driven and the Edmonton taxi drivers featured in the book! You can watch the interview below:

An excerpt from Driven was published in the Toronto Star! The excerpt is from the opening chapter in the book about Peter Pellier, a veteran taxi driver from Mississauga, ON. It was published on Saturday, May 8, and you can read it on their website here.

Marcello Di Cintio was interviewed on CBC’s Alberta at Noon on May 10 at 12 PM MDT! You can listen to the show here.

On May 11, Driven was featured on the Road Warrior News website, where they also hosted a book giveaway for drivers! You can take a look on their website here.

Marcello Di Cintio also did a Twitter takeover on The Walrus‘ Twitter on May 6, 2021 to highlight the different drivers in Driven. You can read the thread here.

In conversations with drivers ranging from veterans of foreign wars to Indigenous women protecting one another, Di Cintio explores the borderland of the North American taxi.

“The taxi,” writes Marcello Di Cintio, “is a border.” Occupying the space between public and private, a cab brings together people who might otherwise never have met—yet most of us sit in the back and stare at our phones. Nowhere else do people occupy such intimate quarters and share so little. In a series of interviews with drivers, their backgrounds ranging from the Iraqi National Guard, to the Westboro Baptist Church, to an arranged marriage that left one woman stranded in a foreign country with nothing but a suitcase, Driven seeks out those missed conversations, revealing the unknown stories that surround us.

Travelling across borders of all kinds, from battlefields and occupied lands to midnight fares and Tim Hortons parking lots, Di Cintio chronicles the many journeys each driver made merely for the privilege to turn on their rooflight. Yet these lives aren’t defined by tragedy or frustration but by ingenuity and generosity, hope and indomitable hard work. From night school and sixteen-hour shifts to schemes for athletic careers and the secret Shakespeare of Dylan’s lyrics, Di Cintio’s subjects share the passions and triumphs that drive them.

Like the people encountered in its pages, Driven is an unexpected delight, and that most wondrous of all things: a book that will change the way you see the world around you. A paean to the power of personality and perseverance, it’s a compassionate and joyful tribute to the men and women who take us where we want to go.

Marcello Di Cintio is the author of four books, including Walls: Travels Along the Barricades which won the Shaughnessy Cohen Prize for Political Writing and the W. O. Mitchell City of Calgary Book Prize, and Pay No Heed to the Rockets: Palestine in the Present Tense—also a W. O. Mitchell Prize winner. Di Cintio’s magazine writing has appeared in publications such as The International New York Times, The Walrus, Canadian Geographic and Afar.

Don’t miss tonight’s launch of Driven: The Secret Lives of Taxi Driver, on Facebook Live or YouTube, where you can join in on a Q&A, and have a chance to win your own copy of the book!

Learn more about Driven at Biblioasis. 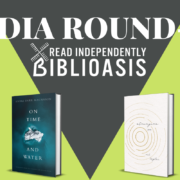 We’ve gotten some fantastic coverage on a number of our titles here at Biblioasis in the last couple of weeks. Take a look at these reviews!

“Ní Ghríofa is a poet through and through: in this prose work she writes lyrical sentences that make the physical world come alive … It was around Ní Chonaill’s time that a new poetic form was invented: the aisling, a dream vision of Ireland revealing itself to the poet as a beautiful woman in need of saving. Ní Ghríofa certainly gives us a new, feminist vision of a woman saving another woman, righting a historical imbalance that persists in women’s continued sacrifices.”

“History mutes women; it also depends on them. This paradox is at the heart of a A Ghost in the Throat, an extraordinary literary memoir that finds life in buried spaces … Feminist and feminine, A Ghost in the Throat gives defiant voice to hushed womanhood, in all of its pain and glory. Her images incandescent and brutal, Ní Ghríofa writes about the omens represented by starlings and about unearthed fragments of teacups, but also about caesarean scars, bleeding hangnails, and the consuming fire of her husband’s touch … A Ghost in the Throat is an achingly gorgeous literary exploration that establishes a sisterhood across generations.”

Visit their websites for the full reviews!

Order your copy from Biblioasis, or your local bookstore.

Andri Snær Magnason’s On Time and Water, and Mia Couto’s Sea Loves Me were both featured in reviews by the Winnipeg Free Press! The piece on Magnason can be read here, and the one on Couto can be read here.

Of On Time and Water, reviewer Joseph Hnatiuk had this to say:

“Compelling … This clarion call to action on the climate issue, coming from award-winning Icelandic poet and novelist Andri Snær Magnason, should be required reading for deniers of the greatest crisis humans have ever faced … A memoir and polemic featuring mythological stories, Icelandic folklore, cultural histories and science-driven extrapolations which effectively combine to send a strong message about the planetary damage humans are causing.”

While Rory Runnells wrote about Sea Loves Me:

“Extraordinary … Begin anywhere, with any story, and you as reader are safe within Couto’s world. The imagination is without limit, the poetic force is exhilarating and often disturbing, while the surprise of some is breathtaking … Couto is as much a master of the pointed anecdote as the longer tale.”

Check out the Winnipeg Free Press website for the full reviews.

Purchase your copy of On Time and Water from Biblioasis, or your local bookstore!

Order Sea Loves Me today from Biblioasis, or your local bookstore!

Order your copy of Strangers at Biblioasis

Order your copy of Villa Negativa at Biblioasis

Order your copy of The Debt at Biblioasis, or your local bookstore!

And just last week, Marcello Di Cintio’s Driven was given a glowing shout-out on twitter by none other than Margaret Atwood!

“An astonishing book about folks from all over, many of whom have been through total hell but have somehow made their way out … You never know who’s driving you. Each person contains multitudes.”

Purchase your copy of Driven at Biblioasis, or your local bookstore!