Drawing on Arthurian myth, the Romantic poets, the ill-fated “Great War” efforts of the Newfoundland Regiment, modern parenthood, 16-bit video games, and Major League Baseball, these poems examine the stories we tell ourselves about ourselves, both as individuals and as communities, in order to explain how and why we are the way we are. At its heart, Romantic interrogates our western society’s idealized, self-deluding personal and cultural perspectives.

Like the Green Knight, stooping
to retrieve his own severed melon
from the stone floor of a banquet
hall where it rolls past startled
courtiers to then catch against a
table leg and stop, I’m fumbling
for an errant thought; without his
flair for theatre, the practiced ease
with which he grips a hank of
hair and hoists his head aloft …

“Callanan has talent to burn, whether producing his seascapes or nature studies or human-subject poems. His eye is exact, his discipline imagist.”—George Elliott Clarke

“Breathtaking, such mastery … It’s all there: the imagery, the concise language, the musicality, the wit as well as the lyric evocation of transience, the fragility of love, the inevitability of loss. ‘I’m not the one in charge of metaphor,’ Callanan writes in ‘Divination,’ a wonderfully paradoxical line. It seems to me he is a diviner who has mastered metaphor and much else besides.”—Ruth Roach Pierson

“Mark Callanan’s voice is distinctive and confident, funny, grave, occasionally visionary, and his technical gifts are multifold. He is able to give old tropes a new currency and delivers his subjects with convincing urgency.”—Zachariah Wells

“It’s rare to encounter a poet who can weave economics, wildlife preservation, public policy, personal and civic history, epidemiology and gastronomy together into the tapestry of metaphor using such deceptively simple language.”—Michael Lista 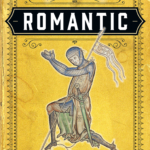 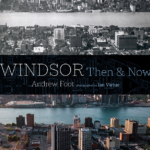 Windsor: Then & Now
Scroll to top