Shop
You are here: Home1 / Shop2 / Audiobooks3 / The Day-Breakers

Saturated with locutions lifted from the late 19th century, The Day-Breakers deeply conceives of what African Canadian soldiers experienced before, during, and in the immediate aftermath of the American Civil War.

“It is not wise to waste the life / Against a stubborn will. / Yet would we die as some have done. / Beating a way for the rising sun wrote Arna Bontemps. In The Day-Breakers, poet Michael Fraser imagines the selflessness of Black soldiers who fought for the Union during the American Civil War, of whom hundreds were African-Canadian, fighting for the freedom of their brethren and the dawning of a new day. Brilliantly capturing the rhythms of their voices and the era in which they lived and fought, Fraser’s The Day-Breakers is an homage to their sacrifice and an unforgettable act of reclamation: the restoration of a language, and a powerful new perspective on Black history and experience.

“Michael Fraser brings history alive in his third collection, a stirring tribute to the Black soldiers who fought for the Union in the American Civil War, hundreds of whom were African Canadians. […] The language of the poems is terrific: a fresh, striking vernacular (glossary included) that’s both lyrical and gritty in its immediacy.”—Barb Carey, Toronto Star

“Throughout the collection Fraser uses texture and rhythm to unsettling effect. … [L]ine breaks interrupt the flow of accruing details to hold the reader in the moment of bodily vulnerability as long as possible.”—Winnipeg Free Press

“[W]ith Fraser’s powerful collection it came down to the era-accurate lingo he draws on throughout, a patois of injustice and transformation, diction that sings its strangenesses into the brain and brings us far down the path from indifference.”—Marrow Reviews

“This magnificent concord of jawing and chat, of trill and clacking teeth, be as timely necessary as Liberation itself always be. Kudos to that MF, whose initials mark no euphemism, but identify the honest, ingenious bard.”—George Elliott Clarke, author of Execution Poems

“What a tremendous book of poems Michael Fraser has written with The Day-Breakers. His voice fills the eyes, so the meaning of the inventive words and narrative is sung deeper through his language. There is a tactile narrative force to the poems—history becomes the present in the immediacy of the lines. So many journeys: in language, in sorrow, in brutality, in beauty. Fraser’s The Day-Breakers is a unique lyric wonder.”—Alice Burdick, author of Deportment

“Michael Fraser’s The Day-Breakers is magnificent. Vigorous in language, sweeping in history, poignant and searing in detail, these poems about the African Canadian volunteers for the Union Army in the American Civil War change the contours of North American letters. There are poems that record history, but then there are poems like Fraser’s that transform historical visions. The startling vocabulary, the bold hammering of stresses, the tenderly elastic use of the pronoun I as the poet’s voice catapults into and seeks to embody the women and men—soldiers and witnesses, warriors in Lincoln’s army all—is a stirring, thrilling reader’s experience. The Day-Breakers is a distinguished book. And it will distinguish Canadian poetry.”—Molly Peacock, author of The Analyst: Poems

“Fraser’s poetry provides rich pieces to share and consider. This is a collection that teachers should be teaching across the country.” —Jael Richardson, Toronto Star

“With a rare sort of graceful simplicity, [Fraser] takes readers boldly by the wrist and thrusts them into a room full of voices―a party where inventor Elijah McCoy is having a cocktail with astronomer Neil de Grasse Tyson, ex-president Barack Obama listens to boxing heavyweight champion Jack Johnson recount a famous bout and Howlin’ Wolf smokes a spliff while Maya Angelou reads aloud to entertain the crowd.” —Lori Fox, Arc Poetry Magazine

“The poems are revelatory, educative, and inspirational. They tell (or retell differently) stories of heroes—some admired, loved; but many unsung, forgotten … That this is a historically significant book is evident on every page.” —Mayank Bhatt, generallyaboutbooks.com

“The poems in Fraser’s To Greet Yourself Arriving stand fiercely on their own as poems, tight and clear and clean, but as a chorus this book raises itself to a beautiful black sound.” —Michael Dennis, michaeldennispoet.blogspot.ca 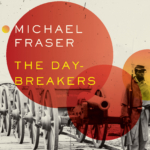 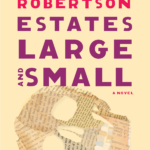